19% of young French people believe that AIDS can be cured

On the occasion of the day of the fight against AIDS on December 1, 2017, VL radio, France’s leading youth media and the Terpan laboratory went to meet 539 young French people aged 15 to 29, throughout France. Can AIDS be cured? Do new technologies and dating apps have an impact on the resurgence of STDs/STIs?

Nearly one in five respondents believe that AIDS can be cured. “At this time, it is important to remember that it is impossible to completely eradicate HIV or even cure AIDS. It is true that advances in treatment now make it possible to control the multiplication of the virus within the body, but the combination of antiretroviral drugs must be taken for life.

In France, more than 150,000 people are living with HIV. The virus affects everyone, all generations, heterosexuals, homosexuals, men, women. “HIV can be transmitted through semen, blood, vaginal secretions and even breast milk. 33% do not know about this last mention. It should be noted that 11% of respondents believe that mosquitoes can transmit the virus… Some preconceived ideas still have teeth.

In addition to HIV, Sexually Transmitted Infections, STIs (chlamydia, gonorrhea, syphilis, hepatitis B and C…) are on the rise among young people. “The only effective way to protect oneself remains the condom. A reminder that echoes other results of the survey: 13% of young French people say they “do not always” protect themselves when having sex with new partners… 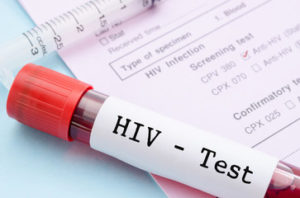 STI and HIV screening can be done at a center dedicated to anonymous and free screening, a planning center or a laboratory. “In France, HIV screening tests based on a blood sample are completely reliable after six weeks. It should be noted that the Auto Test to be performed at home has existed since 2015, but is very little known among young French people (18%).

The essential role of the physician

It is important to emphasize the important role of the physician who underwrites the test, provides medical advice and is an attentive ear to young people’s sexual problems. Doctors do not perform screening tests in their offices, contrary to what 24% of respondents think.

“From the moment a risk is incurred, the doctor’s role is to inform about the modes of transmission and to explain the means of prevention. If the test is necessary, he or she will write a prescription specifying when to take the blood sample. He may also suggest other tests if he observes risks for other diseases. He is bound by medical secrecy. Whatever the test result is, it will not be shared with anyone else. The family doctor sometimes plays the role of confidant, a role that the family cannot always play in the case of a sexual problem.

In France, between 30,000 and 40,000 people infected with HIV are unaware of their seropositivity. “In the case of STIs, early detection allows for rapid medical treatment, which will lead to a cure for the majority of STIs,” explains Terpan. 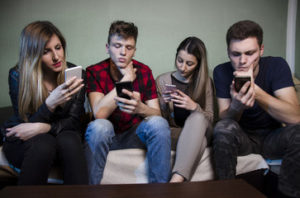 What about dating apps in the face of the increase in STIs?

67% of respondents believe that mobile dating applications encourage risky behavior. A link with the increase of STIs among young people?

Dating applications have developed strongly in recent years. Smartphones have become a major part of French people’s daily lives: 77% of them own one (Deloitte study). The 15-35 year olds in particular spend more than 4 hours a day on their digital activities (eMarketer study) and 80% of the under 40 year olds now have an account on a social network (Le Blog du Modérateur study).

In this context, dating applications are developing. Artificial Intelligence allows them to use the geolocation of registered users to propose meetings. The applications highlight the impulsiveness of dating. In particular, American researchers found in 2015 that mobile dating apps promote the development of HIV and STIs in Rhode Island (syphilis and urinary tract infections).

“The possibility of multiplying one-off encounters bring an increase in risk. It is important to re-emphasize that regardless of the frequency and circumstances of sex, it is necessary to put prevention at the center of awareness messages, and to continue to emphasize the essential role of the male or female condom.

If virtual relationships are developing and generate conversations based on seduction, sometimes with sexual connotations, the young people surveyed remain well aware of the increased risks involved in the carnal act: they are 76% to say they are more wary of their partners, through a dating application.

“We can imagine that in the years to come, prevention messages could be directly integrated into these applications, as is the case in Brazil for example. The emphasis must always remain on information and prevention for young people as well as protection tools”.